KIBAH TIC TOC, That’s why. One of The Greatest of All Time.

This horse is an Australian born and bred Olympic double gold medal champion, so we decided to honour him in the best way we could.

Bred by 1964 Olympian Bridget (Bud) Hyem and born on October 27th, 1977, it is a wonderful story as to how he got his name. Anyone breeding a foal (prior to foal alarms) knows of the tedious hours waiting for the arrival. Sure enough if you leave, a disaster can happen in minutes, so you sit in your car! Well Bud sat in her car (at Carroll, N.S.W.) and according to son James, she constantly looked at her watch and thought ‘Tic Toc’ – there’s a name!!

Warmbloods had not been around long in Australia when Bud started this line. In fact, it was commonly expressed amongst experts that top eventers will always be only thoroughbred!

His dam was Sandrift (by Big Hat) of Hyperion blood (thoroughbred) and sire was the well known imported warmblood stallion Domherr (Hanoverian). Bud also bred Tic Toc’s half brother Kibah Sandstone – who also won eventing gold for Australia with Mat Ryan at the Sydney Olympics. We don’t think there would be another breeder in the world to breed two Olympic gold medalists – and to be an Olympian herself (in showjumping) is surely a record.

From Pony Club to Olympic Gold

Much of this horse’s early work was done by Bud’s daughter Lisa, who attended pony club and local shows with Kibah Tic Toc. The horse was 17 when he won his two medals at the Barcelona Olympics in 1992 with Mathew (Mat) Ryan on board. These were the Individual and Team medals. Anybody watching on that day will remember the last fence in the showjumping. It stayed up and they won the Gold!!

In 1999 Kibah Tic Toc returned to Australia to retire and just prior to the Sydney Olympics Bud got him out of the paddock, got him back to a fit looking eventer and rode in the parade in the Hunter Valley, N.S.W. carrying the torch. We want that photograph, do you have it? (Update: now added in the comments, thank you).

On the 30th April, 2014 , at the grand age of 36 he died at the property where he was born in the care of Bud’s son James. What a wonderful life he had, with the best of care.

Bud So Far Ahead

On March 3rd, the same year, Bud died at the age of 81. Bud was so far ahead of many with her breeding program. Today the majority of eventing horses are part warmblood, although admittedly a lot of thoroughbred blood has been infused in the European horses, but Bud was one of the first in Australia to do this and we acknowledge her and her famous horses. 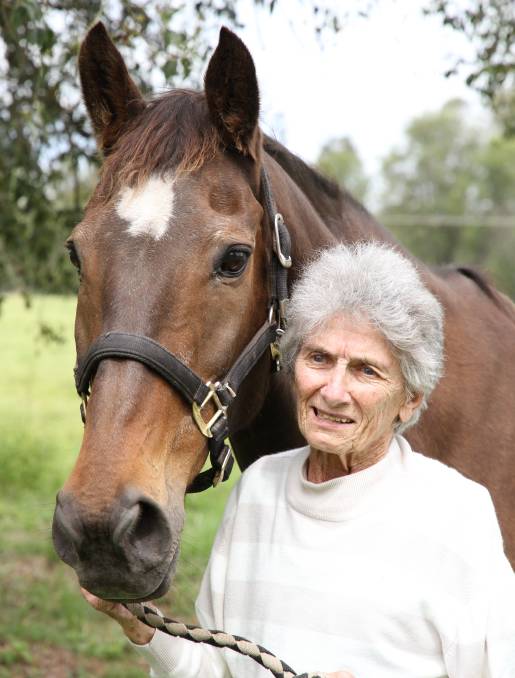 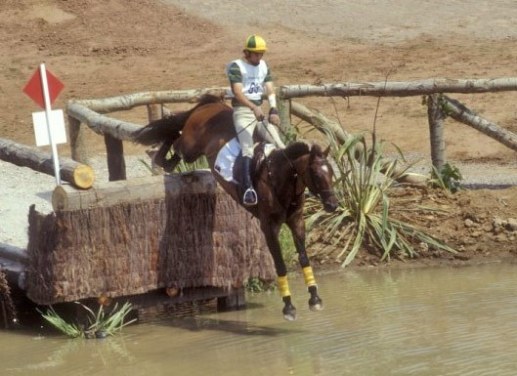